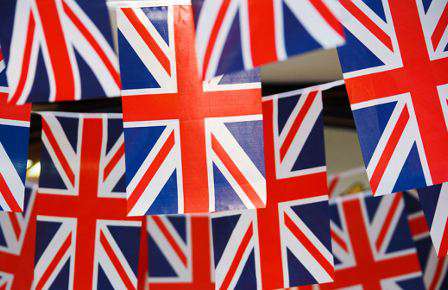 I left the UK almost thirty years ago and have spent the major part of my life between France, Italy and Spain. Married to an Italian and with a Spanish granddaughter I have always felt totally European, but now, following the dramatic referendum result in the country where I was born but inexplicably cannot vote, I find myself an outcast.

While Britain’s opposition to the EU is understandable, changes can only come as a partner and now the UK is on the way of no longer to be a member. Scotland is naturally upset since it is a strong supporter of the EU and might now reconsider its plans for independence. Ironically the decision to slam the door has woken up the EU’s founder nations. It has dawned on them that the EU does perhaps need a major overhaul. But whatever happens it is too late for the UK, which also faces dissention from within. David Cameron’s legacy could be as the man who destroyed the EU and caused the break up of the United Kingdom.

So where did Europe go wrong? For some time I have been a strong critic of how the EU has been managed, or mismanaged. It has grown into a Frankenstein monster, an unaccountable gravy train for a few and a black hole for taxpayer’s money. The first mistake was in 2004 when the eastern bloc ex-communist states with far lower living standards and a different culture were invited to join en masse. It virtually double the membership of what had been a rich man’s club and meant that the free movement of people became one way traffic as poor low paid workers from Eastern Europe headed West to find higher paid employment. It also led to massive corruption in some eastern European states as the old communist leaders metamorphosed into free market capitalists.

Before the rules had been written in stone the jump from fifteen to twenty eight member states made unanimous agreement virtually impossible as well as burdening Brussels and Strasbourg with additional administration and red tape. There are so many civil servants in Brussels with little to do they invent all kinds of rules and regulations which stifle business.

The Agricultural policy benefits wealthy landowners to the detriment of small farmers. In addition with nineteen members in the Eurozone and nine (now eight) retaining their own currencies, any harmonisation of economic, fiscal or financial policies was going to be difficult to achieve. The financial crisis affected some member states more than others and Greece is not the only country facing default due to its debts.

The final straw was the immigration crisis. For decades social tensions due to a lack of integration by immigrants have been simmering in many of Europe’s cities and suburbs. Whether this was due to the failure of Governments to implement integration policies or the immigrants wanting to remain segregated from mainstream society is no longer the issue. The fact is instead of a vibrant cultural mix many European towns and cities turned into urban ethnic ghettos with people of different cultures, faiths and traditions living apart.

The Arab spring was supposed to have spread democracy in the Arab world. Instead it created divisions throughout the Muslim world with a resentment of western intervention into the Middle East and lack of a solution to the Syrian conflict leading to the creation of the Islamic State. The deadly terrorist attacks in Madrid, Paris, London and Brussels should have been a wake up call. Yet EU and national Governments seemed oblivious to the radicalisation of young Muslims caught between two worlds and the growing discontent of a large percentage of the EU population facing austerity measures following the financial crisis.

Astonishingly despite the terrorist threat, Europe’s leaders did nothing to stem the arrival of illegal migrants from the Middle East, Asia and North Africa culminating in Angela Merkel’s open invitation to accept a million migrants without consulting her partners. Her unilateral action is symptomatic of what is wrong with the EU where dialogue seems absent. Why was there no set of rules governing immigration so that countries needing workers could choose who would be allowed to live and work and on what terms, while making illegal immigration a criminal offence subject to immediate deportation.

What began as a trickle became a flood as traffickers took advantage of Europe’s open borders and lack of political cooperation. More and more people from the poorer countries of the world decided to risk their lives after seeing how Western Europe seemed welcoming every refugee and migrant who arrived or was rescued from the sea. Apparently, deporting illegal migrants has become an obstacle course.

Immigration has now become a criminal industry making fortunes for mafia gangs paid to bring men, women and unaccompanied children to Europe while not a few illegal campsites have been allowed to flourish and become breeding grounds for crime, prostitution, drugs, counterfeit goods and begging. It is inconceivable that nation states can allow any foreign citizen to openly flout the laws of the country, force their way in and expect to be granted a new life with passports and nationality. No other nations would tolerate this situation.

The resulting chaos has created major cracks in the EU edifice. In view of their refusal to listen to the will of the majority, political leaders can hardly be surprised that people are turning to the populist or extreme right parties to protect them from what they see as growing menace threatening the very existence of Europe’s identity and way of life.

The crisis has prompted several eastern European member states to reject any question of a quota system while Britain and France argue over the illegal migrants in Calais who should never have been allowed to reach the Channel port in the first place from southern Europe. And any thought of the adhesion of Turkey (not a European country) and the Balkan States must be maybe shelved for ever.

The question is should Western Europe take responsibility to look after millions of migrants or refugees who arrive illegally from other continents when existing international rules require them to seek asylum in the first safe country they reach?

Turkey, Lebanon and Jordan have accepted millions of refugees establishing camps along the border with Syria. However unlike Western Europe these states consider the refugees as temporary visitors until it is safe to return home.

The Syrians, Iraqis, Afghans, Eritreans, Pakistanis etc do not even ask for asylum, their eyes set on Western Europe when they could stay in one of the many safe and rich neighbouring Muslim states in the Middle East, the Caucasus and in Africa with a similar culture and religion. Brexit will not stop illegal immigration, which will remain high on the EU’s agenda while Britain’s stubborn opposition to ID cards makes it impossible to know just who is living in the country. The only long term solution is to end the growing inequality and conflicts in the world which force people to seek a better life elsewhere and make each country responsible for its own citizens.

Europe and the World have now entered a new era, which is going to have profound political and financial consequences. In a global economy as economic wealth is shifting to Asia, can Britain survive as an isolated small island off the north west coast of Europe? The USA will probably remain a good friend but the loss of influence in Europe is bound to reduce its strategic importance both politically and economically. From an economic viewpoint I cannot see any advantage of raising tariffs or customs duty since Britain is as much an important market for EU goods and services as the EU is for Britain. And what will happen to trade negotiations with the rest of the world?

Britain’s unique role as a financial centre will probably be secure although there are bound to be calls to relocate activities relating to the Euro to Frankfurt or Paris resulting in job losses or transfers. Can Britain afford a defence policy by itself? It is more than likely that some form of special treatment will have to be considered for what is or was the world’s sixth largest economy and member of the UN Security Council.

The greatest concern for Europe’s citizens is how Brexit will affect people like myself living in the UK or in the EU member states. Will there be border controls for British and European citizens? There are around 350,000 French, 700,000 Poles and thousands of other EU citizens in the UK and millions of British citizens living or working across Europe. Will students still be able to benefit from Erasmus, which has been such an important element in bringing together young Europeans?

While it could lead to changes in the right to access health services, jobs or buying property, it is hard to believe that there will be any desire either from Britain or the EU to end the free movement of people or jeopardise the future of Britain’s youth seeking job opportunities in EU countries. Barriers can only lead to costly delays at airports and ports causing inconvenience to both business travellers and tourists across the continent. And once across the Channel would British motorists face controls in other member states without borders?

Thanks to a miscalculation and internal political rivalry in London, millions of Europeans now face an uncertain future with the serious threat of a domino effect as Holland, Catalonia and even Italy and France call for their own referendums. In a world already facing instability, insecurity and the threat of terrorism, Europe needed to work together rather than continue on a path to self- destruction. Brexit has opened up Pandora’s box.