This has been a tough year for Greece. In January, elections brought the radical left wing party Syriza to power for the first time in a coalition government and its charismatic leader 41 year old Alexis Tsipras became a central figure in negotiating Greece's bail out with the European Union, Central Bank and IMF. 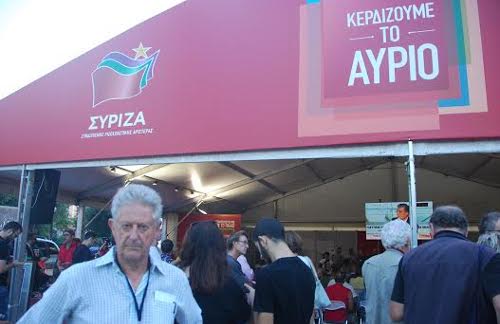 However he quickly lost faith with some of his supporters due to his inability to carry out his promises to end the austerity measures which the crisis had imposed on the country. In July he organized a referendum to decide whether the country should accept the bail out conditions and the OXI (no) vote obtained 61%.

Tsipras then surprised everyone by resigning due to the defection of party members and he was obliged to call new snap elections on 22 September. It was a calculated gamble. The final meeting of the campaign was held in Syntagma square in front of the Presidential palace where Pablo Iglesias of Podemos was a surprise guest making a speech in support of Tsipras.

The result was a victory for Syriza, which actually increased its vote. However without an overall majority Tsipras still needed to enter into a coalition, choosing once again the Independent Greeks, a right wing party led by Panos Kammenos; an almost unheard of alliance between two parties with seemingly opposing policies.

Nevertheless it is unlikely that the new Government will be able to alter the strict requirements already negotiated with the European Union, which has allocated a further bail out fund of 86billion Euros to recapitalise Greek banks and keep the economy functioning. There will have to be a moratorium on the 350billion Euros debt mountain.

So where does this leave Greece and the people? According to Christos Kunellopoulos, policy advisor to Syriza, Greece's economy needs a radical overhaul. Corruption and tax evasion have always been endemic both among the elite as well as small traders trying to avoid VAT, currently at 23%. A change of mentality is needed. It will not be easy to deal with the Greek ship owners, a cartel of wealthy families, since as in most countries, taxing the rich and powerful leads to the threat of leaving the country and establishing businesses or residence in tax havens with a consequent loss of jobs. Until the European Union harmonises tax regimes this problem can never be resolved.

Greece is an agricultural country but for Mr Kunellopoulos too much of the produce is sold in bulk to other European countries. He wants to see more emphasis on creative marketing to develop Greek olive oil and wine brands to compete with other markets. The debt situation means the Government will have to continue with its privatization programme with the country's infrastructure up for sale. Interestingly it is the Germans who are at the front of the queue. Deutsche Telecom has the largest interest in the Hellenic Telecommunications organisation while German corporations have obtained the concession to run fourteen regional airports.

There is a saying that you can tell a country by its railways. If this is the case Greece is a third world state. The railways are bankrupt with the only viable route between Athens and Thessaloniki. And this is really a local train currently taking over five hours for the five hundred kilometres journey, hardly attractive to foreign investors. However foreign contractors are looking at the country's motorways, where toll rates are high, as potential targets for acquisition.

The important Port of Piraeus is 50% owned by the Chinese who see it as a springboard to send their goods through the Balkans into the heart of Europe. Mr Kunellopoulos said he hopes the deal will provide access to China for Greek exports. But he also emphasized that there will be no holding companies in tax havens and workers will have to comply with Greek trade and union laws.

Tourism is one sector, which appears to be booming with over twenty two million visitors expected this year. The islands, with their spectacular views, beaches, white houses and narrow streets are packed with visitors.

The hi-speed island hopping ferries are full, cruise ships abound in the Aegean sea and monuments such as the Acropolis in Athens are overcrowded. During the summer months the terraces of cafes, bars and restaurants are teeming with young Greeks mingling with tourists from all over the world.

Meanwhile despite this facade of well being, retired workers are facing severe cuts in pensions, capital controls are stifling trade and as in Spain, many young Greeks with university degrees are being forced to leave the country for lack of suitable employment opportunities. Another headache for the Government is how to deal with the thousands of illegal migrants entering the country. European aid is needed to deal with a humanitarian crisis, which is spiralling out of control.

Greece's future is in the hands of the Troika who are pulling the strings leaving the Government with little room for manoeuvre. Already disillusioned with politics and suffering from the austerity measures, the people will not stand for more elections or broken promises and Alexis Tsipras knows he has little time to engage in the reforms so urgently needed. 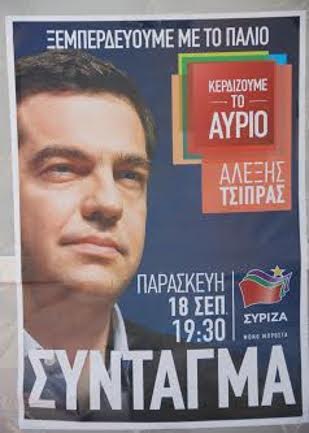