On 24th May voters went to the polls in thirteen Autonomous regions and over eight thousand municipalities in Spain's regional and municipal elections. The result of 24- M has turned out to be a second «Transición.» After almost forty years of domination since the country became a democracy, the two major parties - the right wing PP and socialist PSOE - have been shaken to their foundations by the rise of two new parties and the fragmentation of the vote. 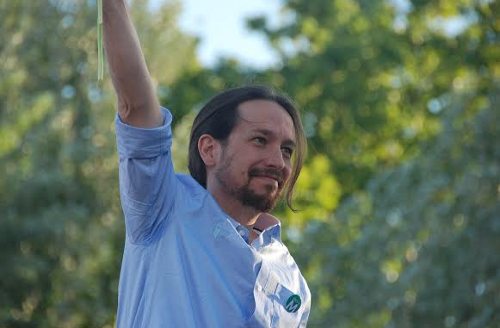 The Podemos (We Can) and Ciudadanos (Citizens) parties did not exist four years ago yet their programmes have appealed to millions of Spanish voters tired of the austerity measures and rampant corruption in the corridors of power. Although the two major parties managed to obtain 52% of the total number of votes, down from 65% in 2011, the sudden incursion into the political arena of new arrivals could signal the end of bipartisan politics. Unlike four years ago when a tide of blue swept across the peninsular, the PP party of incumbent president, Mariano Rajoy, failed to win an overall majority in any constituency either conceding defeat or requiring pacts with opposition parties to maintain control while, the PSOE, hoping for a revival of its fortunes, saw its support dwindle to second or third place behind the emerging minority parties.

The greatest blow to the PP was the loss of the country's major cities where the Indignados effect was instrumental. Madrid, Barcelona, Valencia and Sevilla will probably all come under socialist controlled assemblies. In the case of Madrid change comes after 24 years of a right wing dominated assembly. The Ahora Madrid, party, backed by Podemos, was beaten into second place by the PP, but with the support of the PSOE, the left have an overall majority. Ahora Madrid leader, Manuela Carmena is expected to become the new Mayor of the capital. At 71 years old the retired Supreme Court judge. ex communist and human rights activist faces a new challenge.

Barcelona also chose a woman as mayor for the first time. Ada Colau, 41, is a philosophy graduate and political activist. Her Barcelona en Comu (citizens party), backed by Podemos, managed to defeat the incumbent Mayor, Xavier Trias and pro independence party, CiU, by one seat. However she will have to form a coalition with other minority groups. As leader of the Plataforma de Afectados la Hipoteca (Platform for people affected by mortgages) she has been instrumental in helping thousands of families avoid eviction from their homes due to the property crisis. Her surprise victory has severely dented the plans for independence of the Catalonian Region's controversial President, Artur Mas.

Another prominent casualty was Rita Barbera, right wing Mayor of Valencia since 1991. The city has been rocked by political and financial scandals for almost a decade resulting in massive public debts, the resignation and arrest of prominent figures and several high profile court cases. Although never indicted herself, she has recently been accused of profligate spending of public money for personal use. The people finally said enough.

Pablo Iglesias and Albert Rivera, respectively leaders of Podemos and Ciudadanos, are both in their mid thirties and represent the new breed of young Spanish politicians, formed at university with academic backgrounds. While Podemos is unashamedly left wing, Ciudadanos, which was founded in Catalonia, considers itself centre left and more liberal.

Nevertheless both leaders seek to change Spanish politics and have won considerable support in their aim to combat austerity measures and create a fairer society as well as put an end to the elitist status quo with its cronyism and corruption between elected officials and the financial and corporate sector.

However while giving voters the freedom to choose between several parties might be more democratic, it does not lead to stable governments. Italy is a perfect example. To end the constant changes of government during the past half a century, Prime Minister, Matteo Renzi, has introduced new electoral laws making it a requirement for one party to win an overall majority. Forming coalitions and negotiating pacts is a difficult process as the LibDems found out to its cost in the UK and Spain's new political map may well make the country difficult to govern. Andalucia which went to the polls in March with no party gaining a majority has so far failed to form a Governing assembly.

Before the reality of their achievement sinks in, Podemos and Ciudadanos will have to begin preparing for the legislative elections in November. Traditionally local elections are fought over local factors and do not reflect the way voters think when it comes to electing a Prime Minister and Parliament. Voters often return to the main parties whom they trust. Without a long established entrenched party machine or experienced politicians in the national assembly, will Podemos or Ciudadanos have time to convince the electorate that they have the ability to govern the country?

Podemos ended its electoral campaign at an open air meeting in the capital by the banks of the Manzanares river. Pablo Iglesias' revolutionary speech before thousands of supporters almost within earshot of the Royal Palace opposite would have been unthinkable forty years ago. Spain has certainly come a long way in a short time and perhaps a radical political change in November may no longer be such an impossible dream. 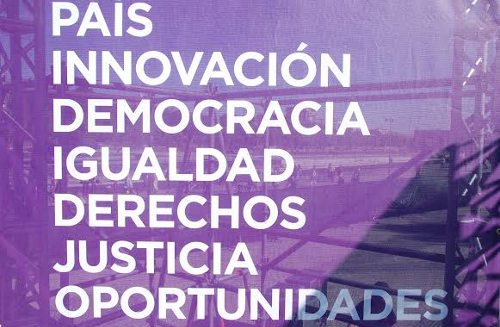