Writing from Italy it was interesting to hear Premier Matteo Renzi claiming that Italy is changing, while at the same time well-known writer Corrado Augias describes it as 'Guasto' (a broken state) 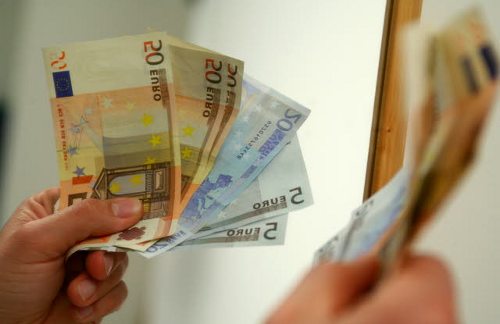 The fact is that virtually every European country is plagued by endemic corruption, corporate greed, tax evasion and illegal immigration, which are destroying the fabric of our societies. Without a major change of mentality it is hard to share Renzi’s optimism for the future of the European Union or the Europeans.

The devastating leaks exposed in the Panama Papers demonstrate that corruption is not limited to third world dictatorships. It has become endemic throughout Europe.

Accusations, indictments and resignation of well-known figures in politics, banking, business and even the church, have become daily news reflecting the decline of morality and ethics in our society. Tax Evasion and the laundering of illicit funds have been allowed to flourish thanks to the global economy and removal of monetary controls.

While Governments crack down on the lower paid class who may cheat the system in order to survive, the wealthiest segment of society – individuals as well as banks and corporations - take advantage of the global economy and systematically evade tax illegally or through legal loopholes and tax avoidance schemes rubber stamped by Governments.

It is pure hypocrisy since the small sums kept from the taxman by the vast majority go back into the economy while the billions hidden by the privileged class find a home in offshore tax havens. It has led to growing injustice and inequality in every society and rising national debts.

Why should wealthy foreign residents or corporations in Monaco, Switzerland, Jersey and other European or international tax havens, enjoy so many tax advantages compared to the vast majority of tax payers? The world’s tax havens are a major threat to our economic future.

Immigration has always been a sensitive issue. Traditionally, Europe, North America and Australia have been seen as El Dorado. But the current migration crisis and the threat from the Islamic state have changed the game. Asylum rules were designed for individuals whose lives were threatened, not entire populations with different religions and cultures arriving en masse from conflicts in other continents.

The current wave of migrants from the Middle East, Asia and Africa refuse to seek refuge in a country close to their homes and risk their lives to reach Europe. This implies that they are not genuine refugees but intent on seeking the advantages of Europe’s economy and social benefits expecting a permanent home with passports and a new life.

Hardly any other nations accept this situation and there is no reason why Western Europe should be expected to accommodate or look after the world’s poor and persecuted. Imagine the unlikely scenario of one hundred thousand Europeans fleeing Brussels in the wake of the terrorist attacks to seek refuge in a North African, Middle Eastern or Asian country? It would never be tolerated.

The present crisis has exacerbated the tension with Europe’s existing migrant population. The influx of migrants from the old colonies during the later part of the twentieth century has not always led to integration.

Whatever is said about the advantages of immigration, the aim of many migrants from poor countries is to send money home or set up ethnic businesses, which does little for the economies of their new country. Now independent states, the ex colonies should be doing more and taking responsibility for their own people.

The situation in Molenbeek and the suburbs of several major Western European towns and cities testifies to the lack of integration, which has been allowed to deteriorate during the past quarter of a century to the point where cohabitation with strict followers of the Islamic faith has reached an impasse.

The difference in religion and culture within the Muslim community has led to segregated ghettos and a loss of roots among the second or third generation, which finds it difficult to join mainstream European society and results in a rejection of our values and the drift into radicalism and ultimately terrorism.

France’s proposal to strip potential terrorists of French citizenship would not have become such a political issue if double or triple nationality did not exist. Those with dual nationality and multiple passports have an unfair advantage over their fellow citizens. Perhaps If every citizen had just one nationality and swore allegiance to a single state it would level the playing field and perhaps avoid conflicts of loyalty.

So long as we live in a world with nation states we should also ban the right of birthplace and ensure that nationality comes from blood, roots, culture, family and language. If a child took the nationality of the mother it would prevent the growing abuse by pregnant foreign women arriving illegally in the west purely to give birth in the expectation of the child being granted automatic nationality together with the family.

If a British or Spanish woman gave birth in the Congo or Cambodia it is unlikely the child would become Congolese or Cambodian, so why should a child born in Europe to a Nigerian, Congolese, Sudanese or Pakistani woman be automatically granted a British, French or German passport?

The rise of populist or extremist parties is directly linked to the migration and terrorist crisis and the refusal of elected politicians to take into account the wishes of the vast majority of the population. Rather than fascism or xenophobia, their popularity stems from the growing concern over the inability of Europe’s leaders to crack down on what has turned into a chaotic, lawless and dangerous situation affecting the lives of Europeans.

Not only have Europe’s extended frontier made it easy to cross borders but economic migrants, including perhaps potential terrorists, with false identities, take advantage of the chaos and disappear into our towns and cities illegally. Trafficking gangs have taken over our borders making fortunes from desperate people and unscrupulously send unaccompanied children in the belief they will be given protection.

And in the absence of clear, strict European immigration laws and the interference of human rights organisations and lawyers, it has become a legal nightmare making it virtually impossible to deport anyone back to their own countries, including foreign criminals.

In many European cities it is becoming difficult to walk down a street, enter a café or supermarket, stop at traffic lights, park a car or sit on a beach without being confronted by illegal migrants either selling unlawful or counterfeit goods or simply asking for money.

Each migrant seems to reserve his or her own space in what appears to be a well organised parallel underground economy -which often includes drugs, prostitution, pick pocketing and violent crimes - inexplicably tolerated by many Governments.

While most of the resident population abides by the law, this small but growing segment of undocumented foreigners engage in illegal activities and at the other end of the social scale, the privileged class, which gives lessons to everybody else, simply fills its pockets by evading tax. This two-tier society is unsustainable in a civilised society.

Without a coordinated European policy, which might result in closing the door to any new members such as Turkey, Ukraine and the Balkans and migrants from other continents while there is so much unemployment within the EU, coupled with a major crack down on tax havens, the future looks bleak and uncertain.

The choice is to either live according to the rule of law coupled with a return to morality and ethics in every sphere of society, or face social unrest, a gradual decline into a multicultural, lawless jungle and ultimately the disappearance of the European way of life.