The Greek people have spoken. In an historic referendum, they have decisively rejected the deal offered by their country's creditors. Within the ruling Syriza party, however, things are not quite so straightforward. 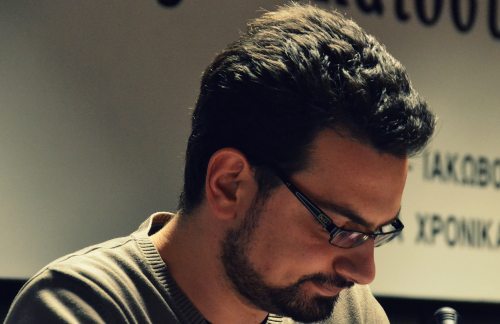 Since coming to power in January, Syriza has struggled to balance the need to strike a deal on Greece's debt with its campaign promise not to sign any agreement that would thrust the country deeper into recession. Prime Minister Alexis Tsipras's decision to urge the Greek electorate to vote «No» in the referendum on the latest offer by the country's creditors suggests that the latter has taken precedence. Unsurprisingly, the move was met with angry derision by other eurozone leaders.

According to the Greek government, the current arrangement has not only transformed Greece into a debt colony; it threatens the dignity of the Greek people. For Tsipras, national dignity is paramount, as exemplified in his visit, mere hours after being sworn in as Prime Minister in January, to a war memorial in Kaisariani, a district of Athens, where 200 Greek citizens were executed by the Nazi occupying forces in 1944.

Some observers interpreted the visit as a flippant attempt to needle Germany, which Syriza views as the driving force behind the bailout agreements. In fact, Tsipras's pilgrimage spoke to a long heritage of resistance within the movements making up his party – a heritage that could complicate any attempt he makes to strike a deal.

Syriza – which comprises a variety of left-wing groups, from those on the far-left to the more moderate social democrats – has roots in the Greek Communist Party, which played an important role in resisting German occupation during World War II. Though centrist and right-wing resistance organizations also existed, they were incomparable to their communist-driven counterparts on the left, in terms of both size and influence. Left-wing forces proved their potency on March 5, 1943, when they paralyzed Athens with a massive strike.

But, in the civil war that transpired in Greece after WWII between government forces and the Communist Party's military branch, the latter were crushed, and the party's members were labeled as traitors. This wholesale rejection of communism remained a core component of Greece's official ideology until the collapse of the country's military dictatorship in 1974, when communist organizations again became legal.

Even through that long period of persecution, Greece's far-left forces remained proud of their predecessors' role in fighting the German-Italian-Bulgarian occupation, lauding their heroic efforts to save, even briefly, swathes of Greek territory from foreign exploitation. After 1974, the communists staged several cultural events emphasizing this heroism, and small music clubs or boîtes often resounded with the songs of the 1940s left. Even today, Greek communists, including several Syriza cadres, portray themselves as the heirs of the left-wing struggle against the Nazi and fascist occupation.

This is not to say that the organizations linked with Greece's communist left believe that all Germans harbor an inner Nazi. On the contrary, Greek left-wing groups, including Syriza, have rarely, if ever, succumbed to such anti-German sentiments (at least officially). Rather, they seek to establish links with the «other» Germany, the one that «expresses solidarity» with the Greek people.

And yet, anti-German discourse has not been completely eliminated. A poster of Giorgos Pantzas, a Syriza candidate in the 2012 parliamentary elections, proclaiming «No to the Fourth Reich» and «we are not afraid of the bullets of the Germans» helped him to get elected. Moreover, some Syriza members have likened German Christian Democrat politicians, especially German Chancellor Angela Merkel and Finance Minister Wolfgang Schäuble, to Nazis.

To be sure, this is not an official Syriza position. Tsipras, for example, was openly critical of a cartoon that portrayed Schäuble in Nazi uniform. And, two months ago, after a meeting with Merkel, Tsipras dismissed the idea that Germans should be held responsible for Greece's current situation. This attitude implies a willingness to reach what Syriza calls a «dignified compromise» with its European partners. Striking such a deal will not be easy, though, as it will require Tsipras not only to overcome the resistance of radical Syriza members of parliament, but also the defiant stance of his country's creditors.

Nikolaos Papadogiannis is a teaching fellow in history at the University of St. Andrews.